Warblers Are in Season

With May just around the corner and the “official” start of migration season, some warblers have been true early birds.  Case in Point was the Prothonotary Warbler that showed up in Brantford last week and the pair I saw in Point Pelee.  Certainly amongst the most beautiful of the “yellow” warblers of spring, these are often the most coveted of warblers on a birder’s spring “must see” list. 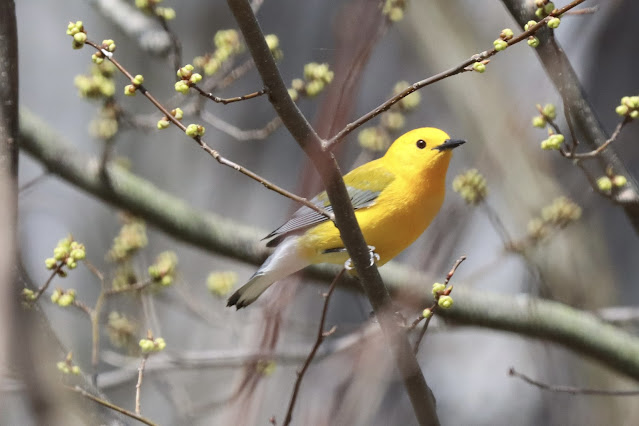 It wasn’t my first warbler of the year, as I had already seen a Yellow-throated Warbler in Nova Scotia in January and more recently the Louisiana Waterthrush, who is not a thrush, but a warbler that likes the water, in Point Pelee National Park, which is where I photographed the above Prothonotary Warbler last weekend.
A couple of days later I was in Toronto, so had a chance to visit Colonel Samuel Smith Park, where it was a reunion, of sorts, with all the birders I had spent much of the past ten years birding with there.  It was also a reunion with the usual first two warblers we see of the season, the Palm and Yellow-rumped.  We also had a Pine Warbler, which is also one of the first to arrive prior to May 1. 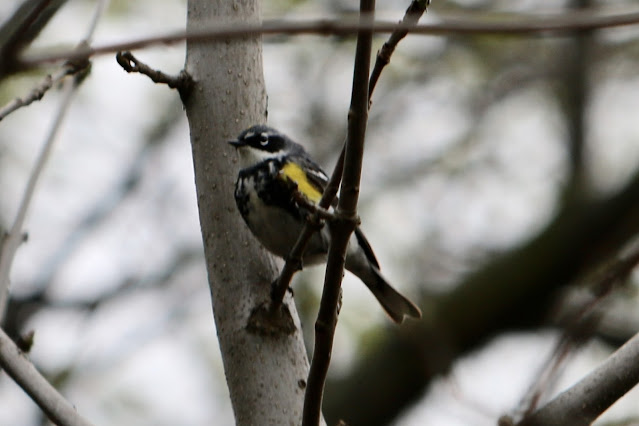 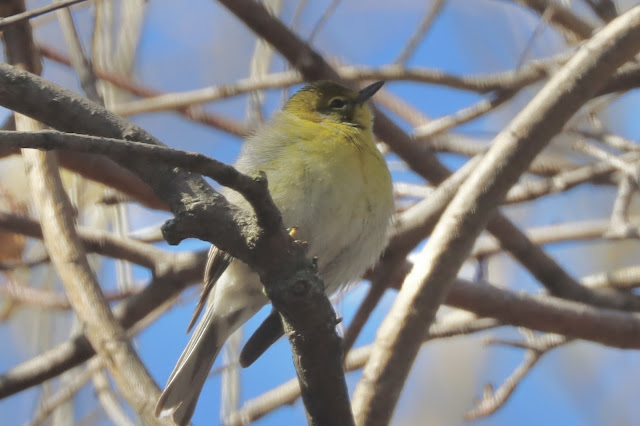 Next up on the Warbler Express were one of the most common here in Ontario and one of the rarest.  The Yellow Warbler breeds all through Ontario, Canada and most of the United States, making it a ubiquitous sighting all spring and summer. The Kentucky on the other hand, does not typically nest anywhere in Canada, but rather in the eastern half of the US.  We are lucky, here in Southern Ontario to be on their northward migration route that takes them from their wintering grounds from Mexico to the Yucatán Peninsula, up the east coast, and around Lakes Ontario and Erie, before finally arriving in their breeding territories.  A small handful are seen each year and after failing to find one in Point Pelee on Sunday, I did see one in Long Point Provincial Park on Monday. 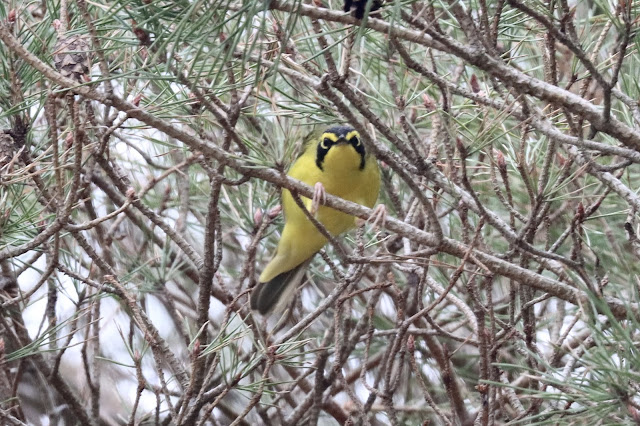 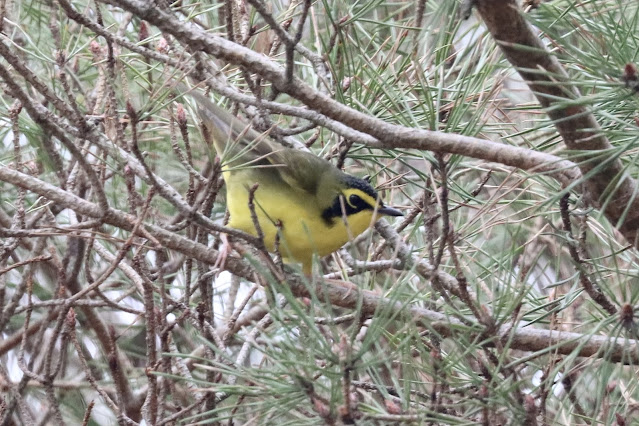 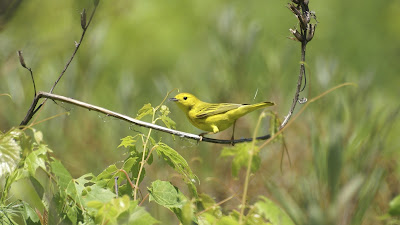 Some of the other non warbler highlights of the week have been a Loggerhead Shrike, Piping Plover, Sanderling, American Avocet and Eastern Whip-poor-will and Marsh Wren. 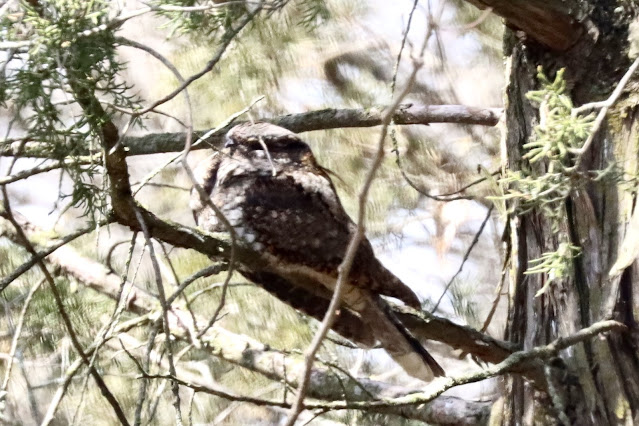 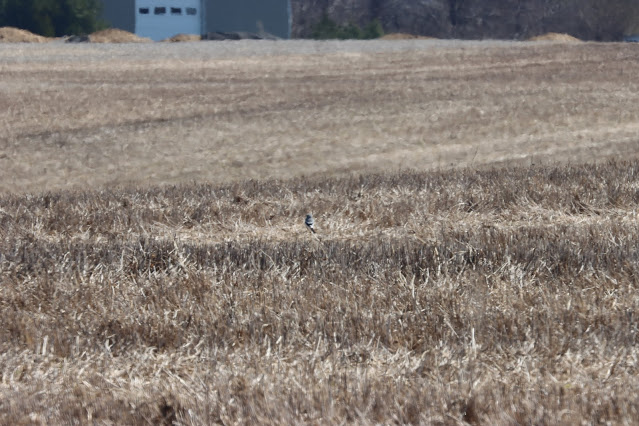 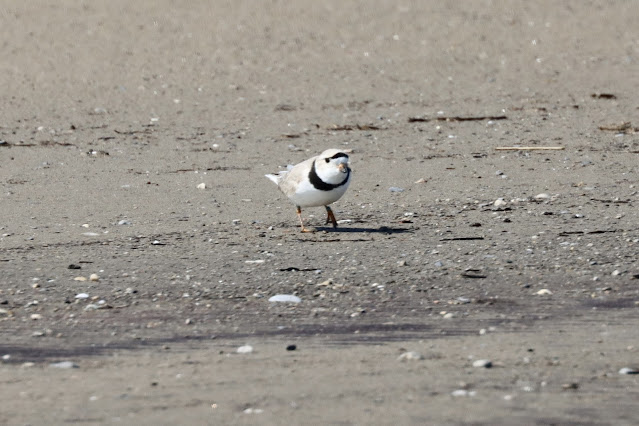 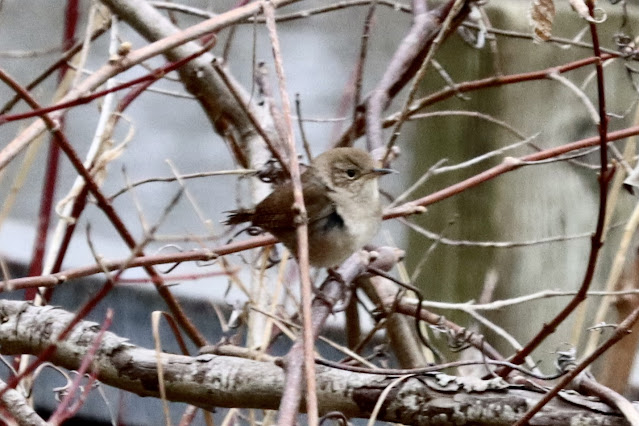 Next stop, British Columbia and my first pelagic of the year!