Back to The Rock

The clock was running out.  I needed to be at the airport by five o’clock to drop off my rental car and get to my flight.  From where I had been birding in Portugal Cove South, it would be a two hour drive.  I had to leave by 3pm.  However, I had been birding up the coast and was actually an hour north of Portugal cove when Jared, my birding friend from St. John’s, alerted me that the Eurasian Golden-Plovers had been relocated…

The Rock, not the former wrestler turned not half-bad actor, nor the prison on an island in San Francisco, but the island of Newfoundland, has been a pretty good spot for Big Year birds and it did not disappoint on my most resent trip.  A number of Eurasian rarities had blown in and I was off to see how many I could count this past week.  The first place I went, and would keep returning to, was Portugal Cove South, right on the shores of the North Atlantic Ocean.  I was looking for Barnacle Geese.  I had seen a grand total of three individuals on three occasions during my first 10 years of birding. I would see as many, plus one, in my eleventh year.

The drive down to Portugal Cove, along the Avalon Peninsula, is one of the nicest and most scenic in all of Canada.  With stops at places such as Bernard Kavanagh’s Million Dollar view, to the Cape Race Lighthouse, it can’t be beat.  However, the roads are full of twists and turns and potholes and the occasional moose, when driving after dark.  I experienced it all.

When I did finally arrive, the wind was blowing so hard, I couldn’t open my car door, and had to turn the car away from the wind just to get out.  It did not take me long, though, to find a Barnacle Goose.  And then two, three and finally four.  I saw, in one sweep of my binoculars one more than my lifetime total, close as you please, thank you very much. 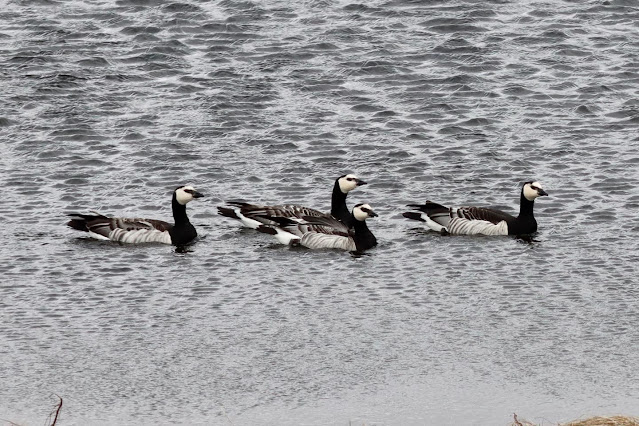 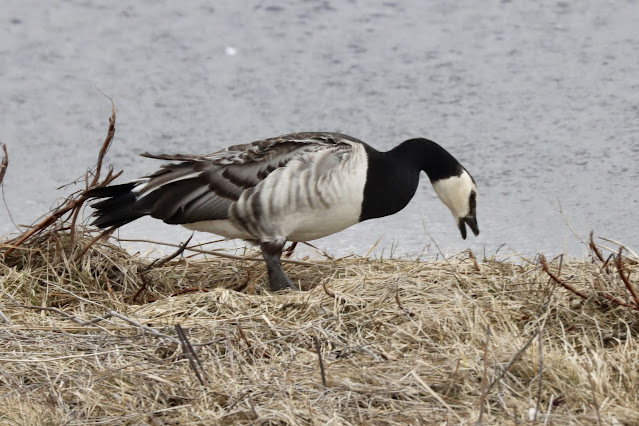 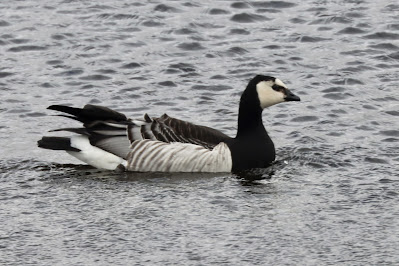 I birded in and around Newfoundland for a couple of days after that, looking for a few more rarities, but not finding them.  I did see Northern Fulmar and Northern Goshawk on my travels.  On the last morning I decided to try again for the Western Tanager I missed on my first trip.  Though not rare in the west, it was a novelty to have one overwinter in St. John’s.  It turned out to be along a trail off of Portugal Cove Rd, not to be confused with Portugal Cove South, which my GPS was just as confused about as I was.  I was early enough to catch the tanager foraging for breakfast and it put on a nice show for me. 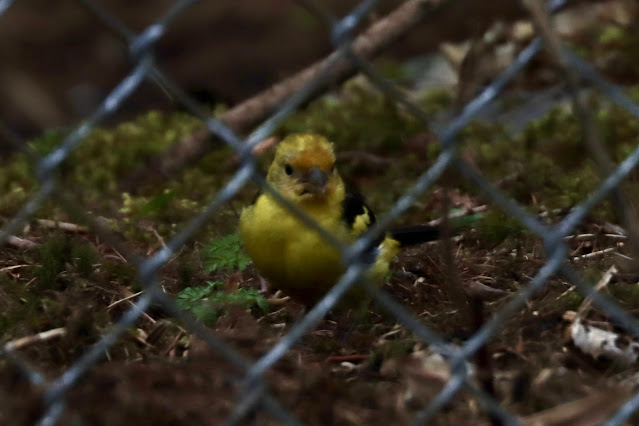 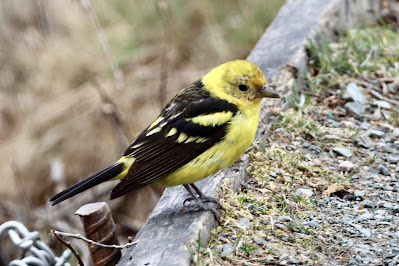 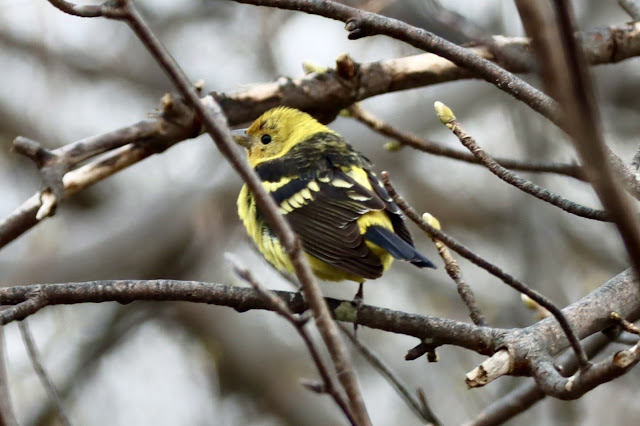 Which brings us up to date with my last afternoon on The Rock.  I drove back to Portugal Cove South, on another windy day, and spent the rest of the morning scanning for the plovers.  I found the Barnacle Geese again, this time on a distant island, but no European vagrants.  A couple of other birders were also driving the roads looking into people’s yards and they, too, were not having much success.  It was getting toward lunch and I thought I might head up to The Million Dollar View restaurant.  But when I arrived I discovered it had not yet opened for the season, but The Captain’s Table, further up the road was.

So I drove on, further and further from where I should have been, when Jared informed me that a friend of his, John Praddy had found them.  I turned around and raced back down the twisty-turny road, noticing that in the proceeding day they had filled many of the potholes, allowing me to drive at a constant pace back toward my destination.

When I arrived, John was sitting at the corner in his car, and motioned for me to follow him in my rental.  A short drive up the road, and we pulled into a driveway and walked around back of a barn, steps from the ocean and in high, buffeting winds.  And there, before us was not one, but four of the European Golden-Plovers.  Lifers! And a great bird for my Big Year.  I fist bumped John and thanked him for his help and texted Jared that I owed him a steak dinner when I returned to once again Bird the Rock.

I was then the magic hour, 3pm and I had to drive the two hours straight back to St. John’s to catch my return flight to Ontario.  I thought it rather cool that on the same day, I saw rare birds from Western Canada and Europe, on opposite ends of the province, yet both had Portugal Cove in their names.  How’s that for rare bird chasing symmetry? 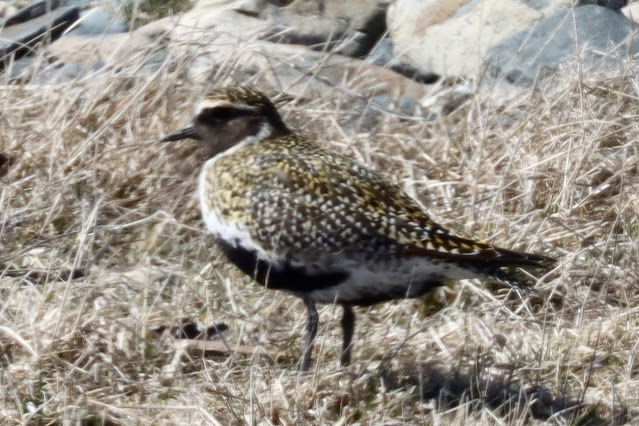