Sitting at home, not seeing any new birds makes me restless.  I did get out on a beautiful near-perfect spring day and added a Virginia Rail and Great Horned Owl in London, Ontario, but wanted, really needed, something more.  The “more” came in the form of an Bird a report of a Redwing, a native Eurasian thrush, that was being seen in St. John’s Newfoundland.  I inquired from some locals I found via Instagram, to make sure it was a good sighting and as soon as it was confirmed I booked a flight that very night to St. John’s, arriving bleary-eyed and tired at 1:30 in the morning.  Now I know why they call them “red-eye” flights. This was the second hour I had lost in three days, due to Daylight Savings Time and losing an hour flying to the furthest eastern coast of Canada, and I only got three hours sleep before starting the hunt for this Code 4 rarity.

I met with Jared Clarke, who is a local bird guide, and also wanted to see this rare bird better than the previous day’s look, high in a tree.  We started at the Elks Club Trail, which is a park that is connected at one end to, well, an Elks Club parking lot.  I had trouble finding the lot, as neither my Apple Maps or Google Maps was getting me there.  I parked in a lot above the trails and walked down.  Jared arrived a little alter and we searched in vain, hunting for American Robins, a thrush cousin of the Redwing, as it seems to have been traveling with them.  Probably thinks it’s a robin, even though robins are thrushes.  Quite a misstep in name in the American Robin when it’s not related to the European Robin, which is not a thrush.  Now I am confused.

Back to the Redwing.  Jared, knowing the lay of the land, thought the cemetery nearby might have the required berries for the robins and Redwing to munch on, so he headed there.  Others were thinking of a place called the Fluvarium.  Sounds like a place you catch a new variant of the flu.  We didn’t get there.  As soon as I put the Fluvarium in my GPS, Jared reported lots of American Robins at the nearby Belvedere Cemetery.  I briskly walked over, as did another half dozen or so birders and we set upon searching.  After about 20 minutes we heard what could only have been a birder trying to call loud enough for everyone to hear, but not so loud that the bird would spook and fly off.  Jared ran.  I ran, perhaps for the first time in years, slightly behind him.

We arrived to find seven other birders were looking into a tree.  Finder, Kyle d’Entremont, was pointing.  At first I saw a robin, but then, close by, a little smaller, with a speckled breast and a prominent eyebrow, there was the Redwing.  Even in bad morning light, I could see the red underwings, which is where this little thrush, no relation to the Red-winged Blackbird, got its name.  We all tried to get photos, and good looks and count, what was for most, a Lifer, and then celebrated with virtual High Fives, gentle fist bumps and a commemorative photo. 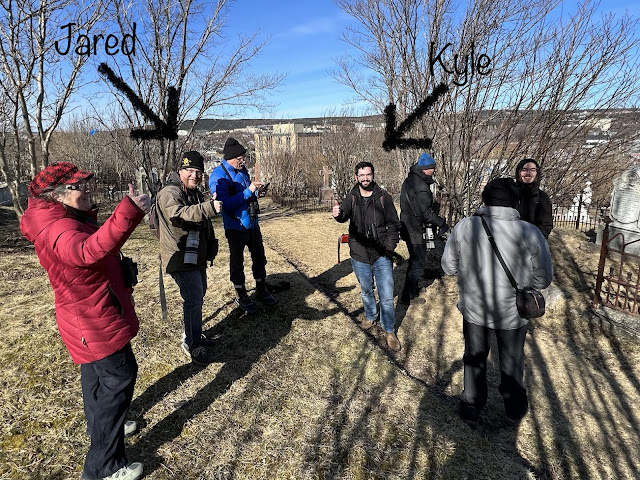 My photos are not the best, but they do show key field marks for the Redwing, including the red underwing if you look close enough: 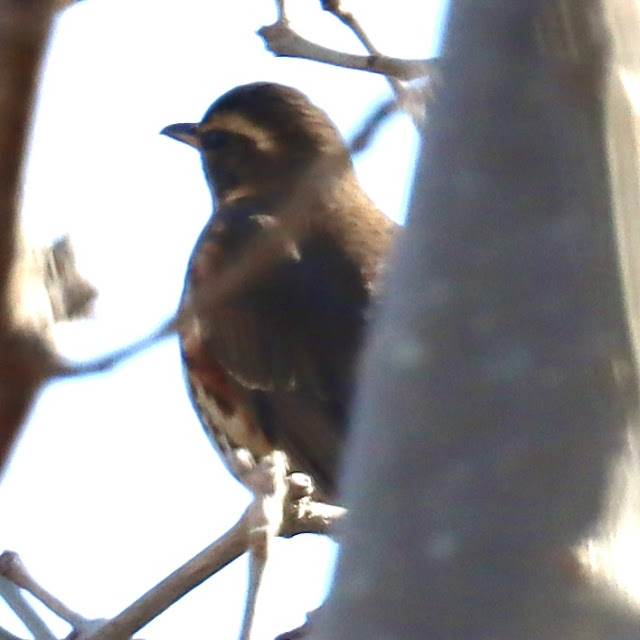 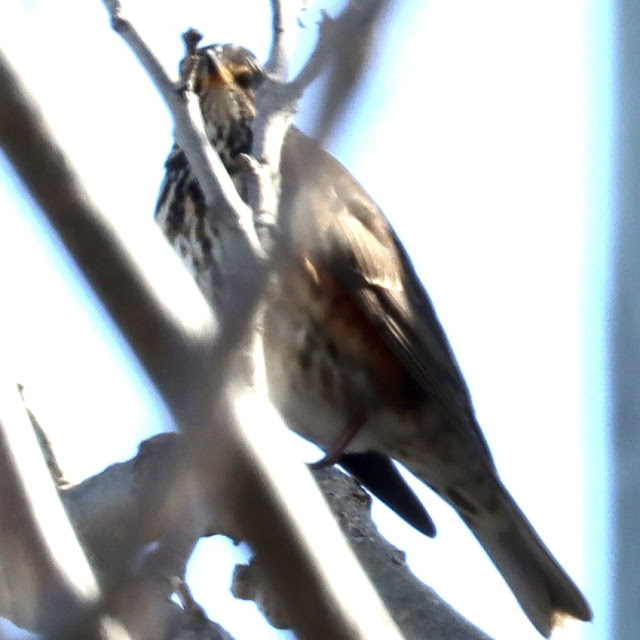 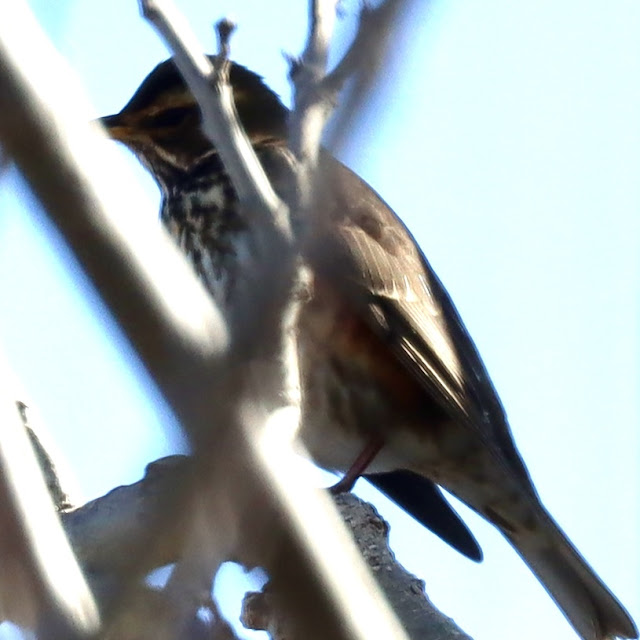 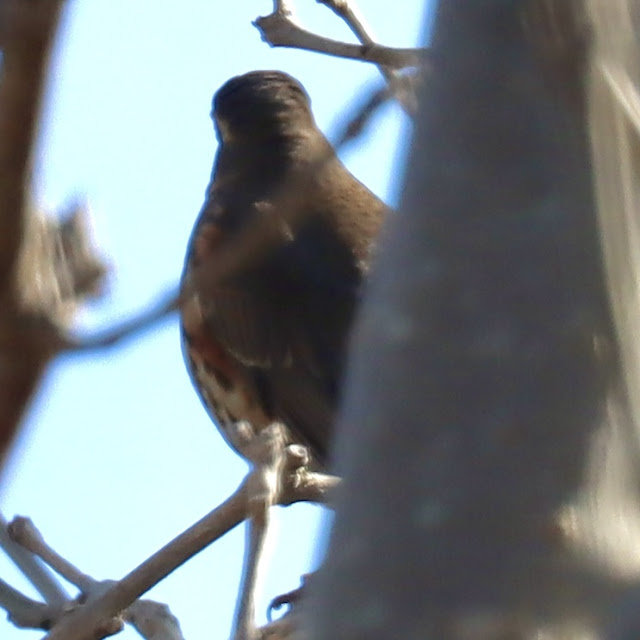