Lesser Goldfinch: Worth the Drive to Revelstoke!

After surviving a white-knuckle drive on the Highway Thru HELL, from Kamloops to Revelstoke, in slippery and near white out conditions, with semis and pickup trucks following too closely and speeding by into oncoming logging trucks, I arrived, nerves intact, to 2 degrees and rain.  And hoped I had the right address for this bird.  On its official range map, the Lesser Goldfinch does not come into Canada.  But a few do make it here in winter.  I decided that since I was within a couple of hours of the sighting, it was worth getting this bird now, and not have to hope for another appearance sometime later this year.

I found the feeders on Edward St in Revelstoke and started to search.  I saw Steller’s Jays, and Red-winged blackbirds, and Northern Flickers.  No small birds.  I then saw a car come out of the driveway.  I hoped it was the homeowner coming to advise me, but I just got a wave and the car drove off, only to turn around and park across the road.  Out came a woman with binoculars around her neck.  Salvation!  It turned out to be Darlene Cancelliere, the birder who originally spotted the bird.  She had also seen a Brambling, but that hadn’t been around for almost a week. 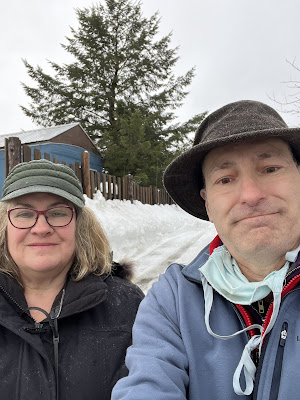 She pointed out where the finches were in the tree behind the house, told me about the “red-shafted” flickers, which are the western subspecies of the Northern Flicker, and the other rare birds that have graced her feeders. The ranges of the “red-shafted” flicker overlap enough, though, that I shouldn’t hope for a split any time soon.  After a while, she and her husband left to check for gulls at the dump,(I think I remember that correctly), and left me to my own eyes to spot the bird amongst the 50 or so American Goldfinches.  I eventually  did see a bird that was more yellow than drab, except they were high in bare trees behind the house, and any photos I took on this gray, rainy day were basically, well, gray.  I got it in my scope for about 3 seconds before it flew off again.

When Darlene returned, she mentioned that while driving back she spotted a house on 3rd Street that had some feeders and there were goldfinches feeding there.  Since all the finches had left her yard, due to the appearance of a Sharp-shinned Hawk, I decided to drive over and see if the lesser had flown over there.  Funny thing was, Darlene hadn’t ever noticed those feeders before.  Just a bit of luck.

So, over I drove, parked across the street and looked out my side window.  Yes, about 30 American Goldfinches and one House Sparrow were frantically feeding.  Then, suddenly, in another of those “Big Year Miracles” and spots of luck I complain I complain to Sue I never get, a bright yellow finch landed on a branch, directly across from me.  I frantically grabbed my camera off the passenger seat and shot a quick burst of shaky-hand photos.  It was the Lesser Goldfinch.  I had my bird, I had a photo and I quickly drove back to Edward Street to let Darlene know.  One of those, “what are the odds” moments.  It was fun and I got to share a rare sighting with another birder, as I had with Cathy and the Yellow-billed Loon in Nanaimo.

So, yes, birding is a personal adventure and I do very much enjoy my time alone on the road, but sometimes, it is the people you meet on the journey, like Cathy and Darlene, that really help cement the memories of the birds you see.   It’s only seventeen days into the year but I’m already meeting the nicest, most helpful birders, something even the most independent birder can’t do without, while trying to do a Big Year. 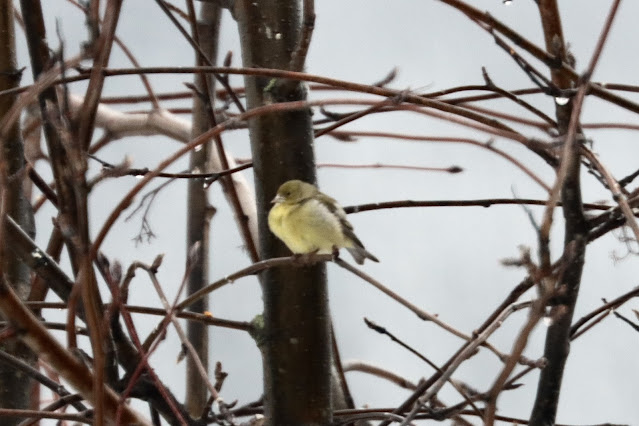 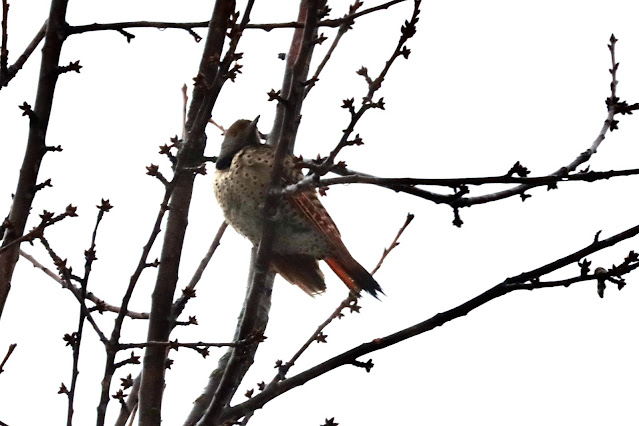 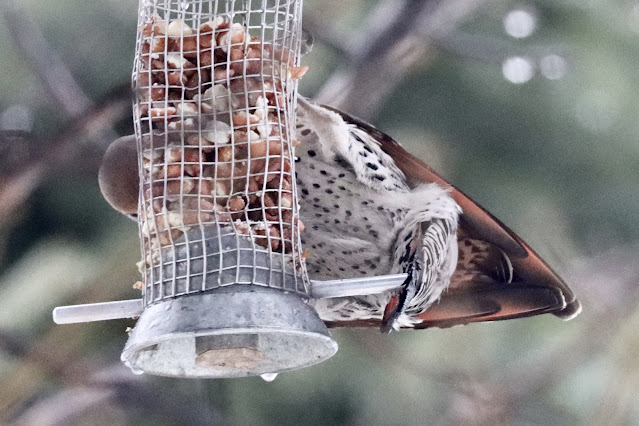