I Went to British Columbia and saw a Rhinoceros

Well, I would say this was was as successful a west coast trip, as my opening Big Year salvo in eastern Canada was, in that I got most of my target species, a few Lifers and saw a Rhinoceros. Okay, not the land version, but the sea auklet kind.  On my final day in British Columbia, spent in a day long vigil looking for a Rock Sandpiper, I was able to see a Rhinoceros Auklet, as well as Surfbirds, Black Turnstones, Dunlin and Pigeon Guillemot at Clover Point, and a Marbled Murrelet on the ferry ride over from Vancouver.

Yesterday, on my return trip from Kamloops, I added two new year birds at Logan Lake, through which a group of people were bravely ice fishing.  I was able to see, within feet of each other, a Mountain Chickadee and Townsend’s Solitaire.  I almost wrote off the solitaire as a Northern Mockingbird before noticing the bold eye-ring and realizing mockingbirds wouldn’t likely be seen out here, especially in winter.  Then again, there was a Lesser Goldfinch way up here, so you never know.

I started the day with 399 species for my Canada Life List, over the past 10 year, and was looking forward to a Rock Sandpiper, a tough bird to get in Canada, other than in BC in winter, as being number 400.  The morning started off well, as number 400 was a Marbled Murrelet I saw from the ferry.  The Surfbird and Black Turnstone were also firsts for my Canada list.

For sure, I wanted these birds today, but my main motivation for getting out of bed early this morning to catch as 7am ferry, was for the Rock Sandpiper.  This is the west coast split from the Purple Sandpiper we covet seeing each fall in Ontario.  I got them for this year in Nova Scotia, and was looking forward to the other side of the bookend.

It was not to be.  I met a flock of anxious birders at Clover Point, not far from Victoria, who all came for the Rock Sandpiper.  We all put in at least part of the day there, with me spending the majority of the day searching.  I did take a brief brake from the point to head over to the redundantly named McMicking Point, on the recommendation of a local birder who thought one could be scoped from there.  I was briefly excited and quickly disappointed when the distant sandpiper I digi-scoped turned out to be a Black-bellied Plover.  But I did see a Spotted Towhee,(new year bird), Fox Sparrow, Golden-crowned Sparrow, as well as meeting a group of nice birders there too.

So, here I sit, waiting for yet another delayed flight, back to Ontario, where I expect to spend a bit of time filling in a few species I have missed while galavanting from coast to coast, chasing rarities.  Certainly the Yellow-billed Loon and Lesser Goldfinch were the prized birds, but I saw 65 species on the trip and added 42 species in just 5 days to the Year List.  The Rock Sandpiper will have to await another visit, either later this winter, or perish the thought, next December. 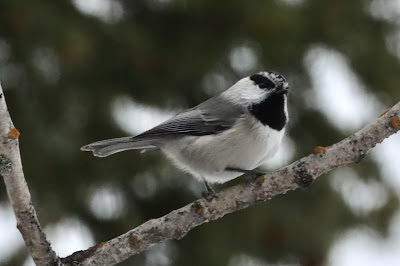 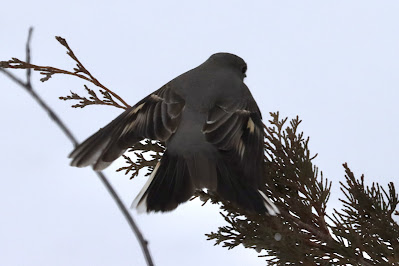 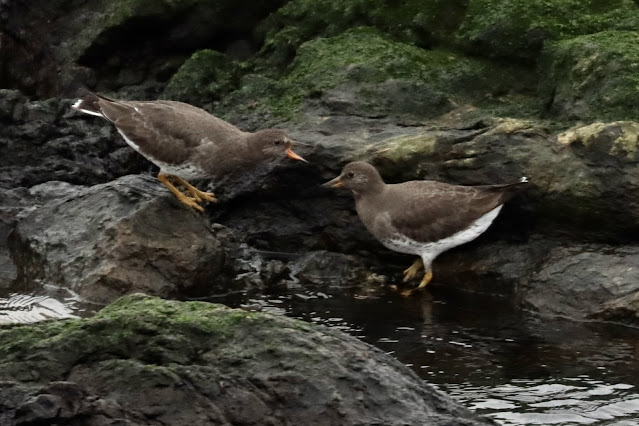 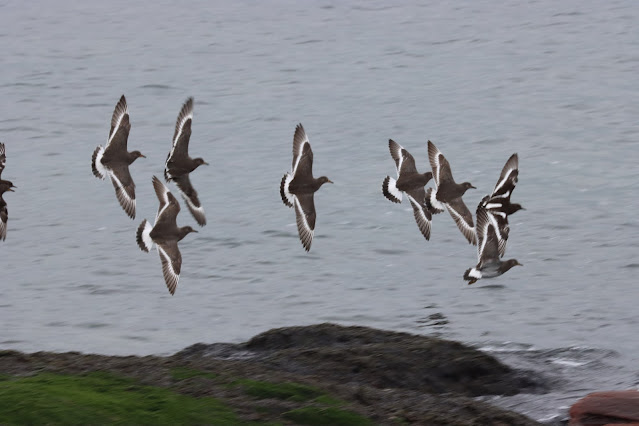