The title of a classic Alfred Hitchcock movie and a good description of the next eight days.  Leaving Toronto for Vancouver on Monday, was only the beginning of my adventure…

Day One, Vancouver and Chilliwack:

Thanks to an upgrade to business class on my flight from Toronto, due to all the flights I have already taken this year, I arrived on the west coast in relative comfort, well fed, having watched most of three movies and well rested, thanks to comfortable reclining seats.  No need to pity me.  I picked up my rental car and drove straight to Iona Island, hoping to maybe see American White Pelicans migrating past.  I didn’t see those, but did get to see both Vaux’s and Black Swifts.  Seeing them is easy, photographing them swiftly flying overhead is hard.

Next on the list was to drive up to Chilliwack, where i was spending the night, in search of a Swainson’s Hawk.  I saw quite a few hawks on the drive up, but most were either unidentifiable, far out in the farm fields, or  Red-tailed Hawks.  My destination was Gibson Rd, where there had been reports of up to 8 of them at a time.  I arrived to find a single red-morph.  It flew across the road, and disappeared for a while, but on my return from a drive around the block, I found it, or one of its friends, perched on a post not too far from the road.  It was species 358 for the Big Year, but also number 431 for my Canadian Life List. 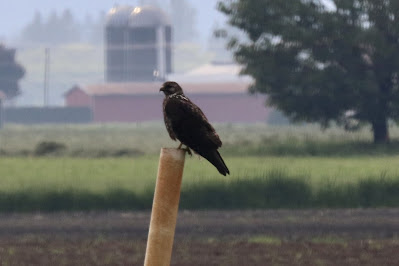 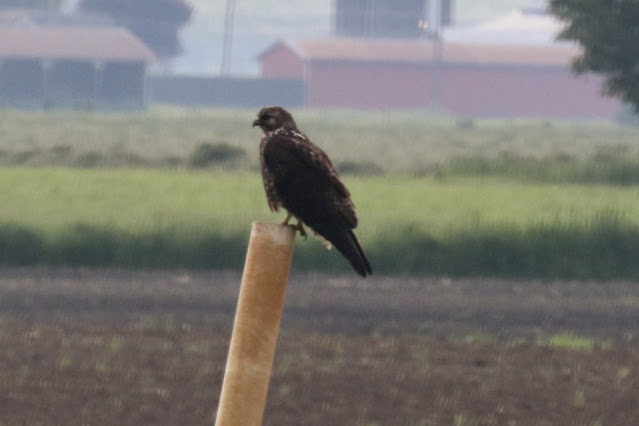 From there I took a short drive to the Jesperson Dyke, another good hotspot in the Fraser Valley district.  There I hit the jackpot, starting with one of my favorite birds, the Lazuli Bunting, another Canadian Lifer.  It is a small, cute, red, white and blue songbird, with a voice as beautiful as its plumage.  Turns out, males over two years old all have a slightly different song based on the same notes, just combined in their own unique order.  Along the walk, I also added Black-headed Grosbeak and a Western Wood-Pewee. 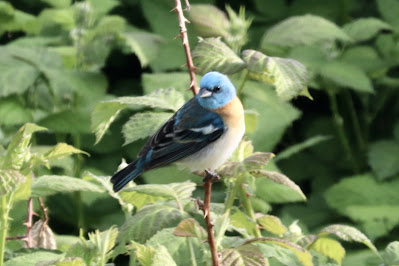 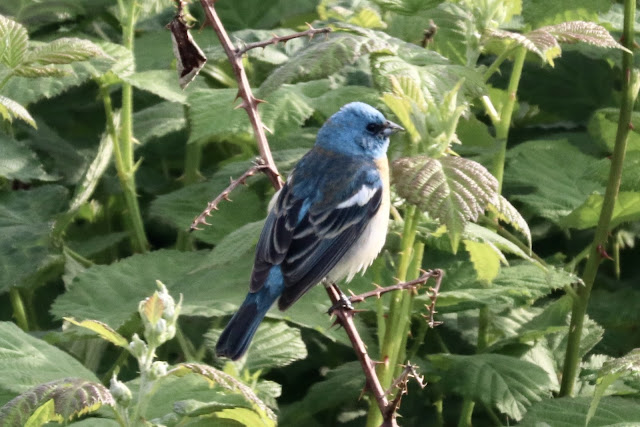 I had a couple of hours before my flight to bird before heading to Whitehorse in the Yukon, so spent it at the Reifel Migratory Bird Sanctuary.  I didn’t add any new year birds, but it is a great place to go birding when in Vancouver.  However, do to limited parking space and narrow trials, they limit the number of visitors each day and you need to reserve a spot in advance. It was now time for the main event of this trip.  My flight to Whitehorse.  It was a short, calm flight and I arrived in Whitehorse with plenty of daylight left to bird, even if I wanted to stay up until 3am.  It doesn’t get dark for more than a couple of hours a night in the Yukon, this time of year.  It’s a small town, but with lots of great bird habitats and many breeding birds, especially the White-crowned Sparrows, who sing on territory, almost nonstop.  Enough to drive someone like me, with Misophonia, to wear my noice cancelling headphones at times.

I quickly added my first Yukon Big Year species on the Yukon River, a pair of nesting Arctic Tern. 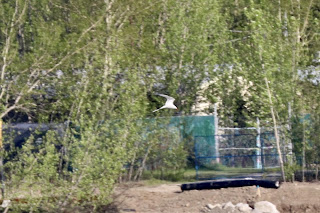 I spent the rest of my day and a half there, wandering around, looking for a Wandering Tattler, which seemed to have wandered away from the area before I arrived, but I did add a high-flying Golden Eagle and on the way up to Dawson City, and a Townsend’s Warbler.

Come back soon for my continuing adventures in the Yukon and see if I can finally get to the ABA 700 Club along the famous Dempster Highway from Dawson City to the Arctic Ocean.