Bring Forth the Warblers

Spring Migration.  Kind of feels like my days with the Toronto Blue Jays, and Spring Training.  A new year, a new season, the weather warming up after a long, cold winter, and hope springing eternal, for yet another year.  Everyone starts in first place and the sky is the limit.  Until the games begin, of course.

Just over 4 months into the year, I am holding my own, with my Year List.  But I have been sorely lagging in picking up warblers.  So, with travel outside the province suspended until the end of the month, it’s time to bird the migration Hotspots in Ontario, mainly Point Pelee National Park and Rondeau Provincial Park.  We leave in the morning, and I hope to get an early start.

On Saturday, we drove down to Long Point Provincial Park, and though we didn’t see much in the way of warblers, we did enjoy seeing a male Ruby-throated Hummingbird.  If you catch them with the sun just right, their throat glows like Dorothy’s ruby-red shoes.

We caught this one with his tongue hanging out: 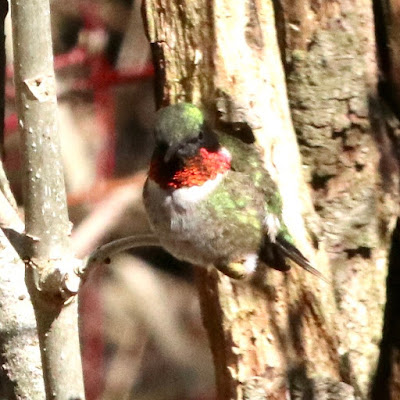 Yesterday I got up early and  I drove down to Haldimand County and a cemetery in tiny Decewsville.  You just never know where birding will take you on any given day.  I was looking for a Grasshopper Sparrow and species 300 for the year.  I hit the jackpot there, as I got the sought-after sparrow, but also added a Bobolink, and Eastern Wood-Pewee. 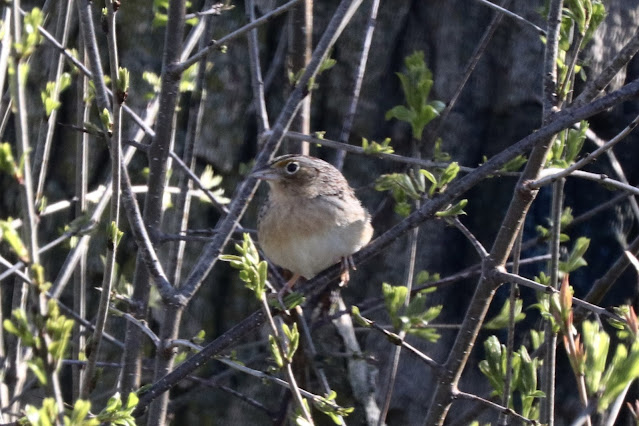 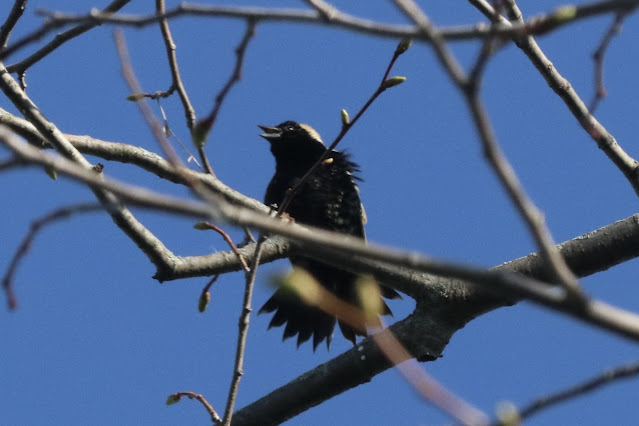 My next stop was Rock Point Provincial Park, a place I birded quite frequently last year, since I wasn’t going to Rondeau or Point Pelee, during the Covid shutdowns.  I had found it a good place for early spring warblers activity, and this morning was no exception, including Blackburnian Warbler and American Redstart.  Also about a zillion Yellow Warblers, Yellow-rumpled and a single Cape May Warbler. 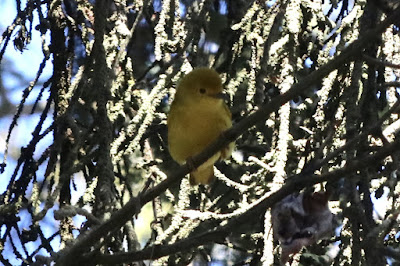 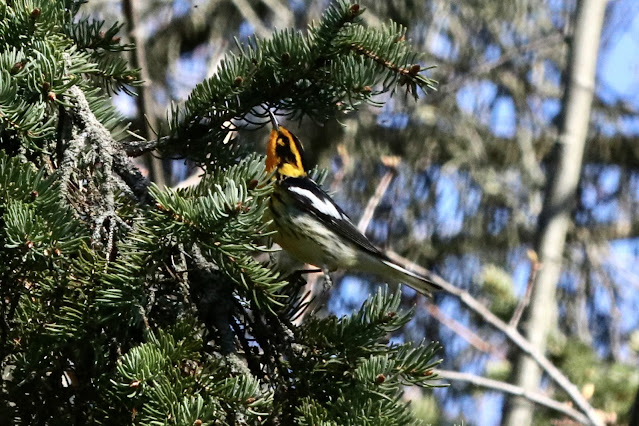 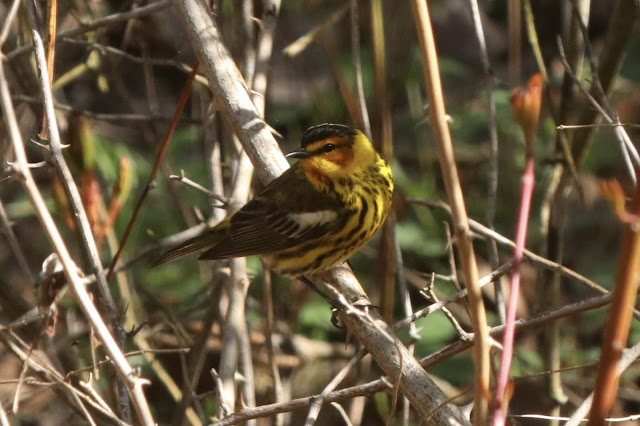 It’s early morning on Monday May 9 and we are loading up the car for out trip to Point Pelee National Park.  It’s one of the great spring migration hotspots in North America and thousands of birders have descended on the park this year after a two year hiatus due to Covid-19.  But life is returning to normal and birders across Canada are returning to the field and festivals again.  I can’t wait to see what the winds of spring bring forth!