Owl in the City and Geese in the Country

Just 12 hours after returning home from Billy Bishop Airport in Toronto, I was back on the highway from Brantford, returning to the big city, this time to Colonel Samuel Smith Park and a date with, I hoped, the resident Snowy Owl.  I had tried three previous times but couldn’t find it in its usual spot on the docks in the marina.  Because they are day hunters, it’s not always sitting on the docks waiting to have its photo taken.

This time, I lucked out.  I spotted it at the far end of the marina, and was able to get some very close looks at this large, beautiful owl.  This one had black markings, which identifies it as a female.  The males are all white, and I don’t seem to see them as often. 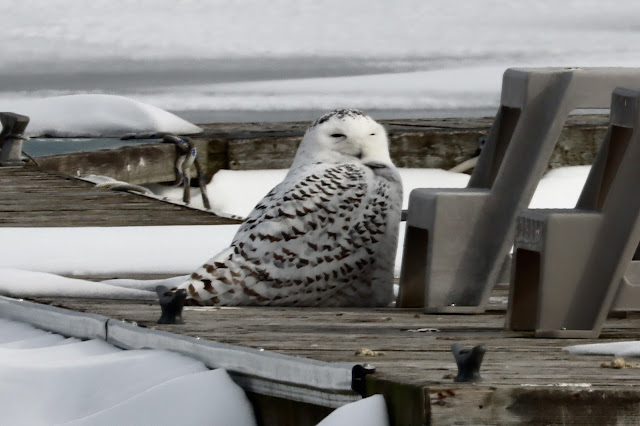 Today, I headed down to Chatham-Kent to find a Greater White-fronted Goose.  I had tried a couple of times at Professor’s Lake in Brampton with a complete lack of success.  This time I hoped it was easier to pick out the goose from hundreds of Canada Geese.  There was no wild goose chase this time.  I pulled the car to the side of the road, where I could see hundreds of Canada Geese and Tundra Swans.  And right in front, less than 100 feet from the road was not one, but seven Greater White-fronted Geese.  Easy as pie.  If only all chases were that easy and fast.  Well, not all, that would take the fun out of it.  Sometimes it is the chase that is the fun part of finding a rare bird. 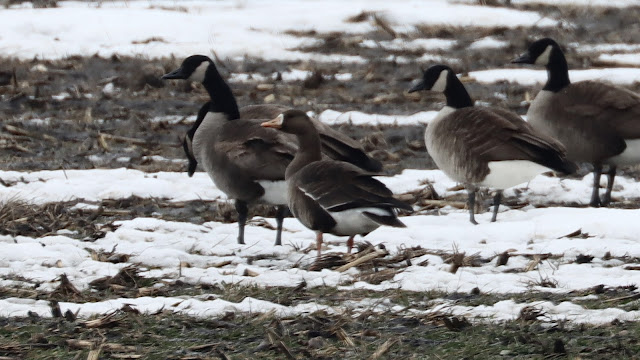 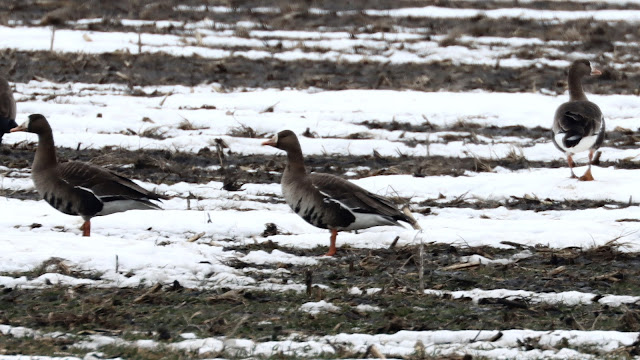 One of these Tundra Swans was giving me the “stink eye.”