One Bird at a Time

Often during a Big Year, you are going to be home for a stretch with no rarities to chase.  When that happens, I’m reminded of the 70’s sitcom of the same title and just take it One Day at a Time.  I took advantage of being home this week to venture down into Norfolk County to see a Red-shouldered Hawk.  We saw one there in January of last year and it appears to have returned, having been seen within a mile or so of where I saw it in 2021.  It was hanging out in a tree across the house from a very knowledgeable birder who let me know that someone had even come to band it.  He also told me he gets lots of Rusty Blackbirds in his yard, so I think I’ll zip back down to see them too. 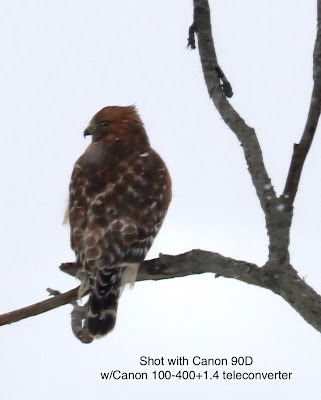 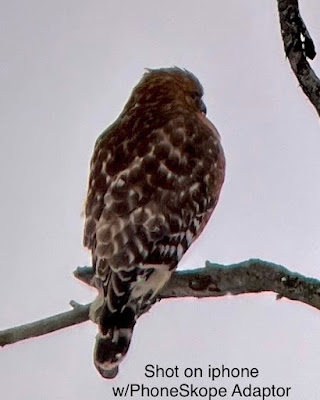 It was then time for my annual mid-February trip to Algonquin Park.  I left the night before and stayed nearby in Huntsville, so I could get an early start.  I had high hopes for 4 or 5 species but came out with a low yield. It was a beautiful day in Algonquin, not a cloud in the sky and had it been just a hair warmer oiled have been a perfect day for birding.  I tried for Spruce Grouse on the Spruce Bog Boardwalk.  Nope. I tried for Red Crossbill everywhere, including the Visitors Centre, but came away empty.

However, at the Visitors Centre feeders there I added Hoary Redpoll to the year list,(#158), and enjoyed Pine Grosbeak, Evening Grosbeak and some beautiful Purple Finches.  I really think they should be renamed Raspberry-dipped Finches. 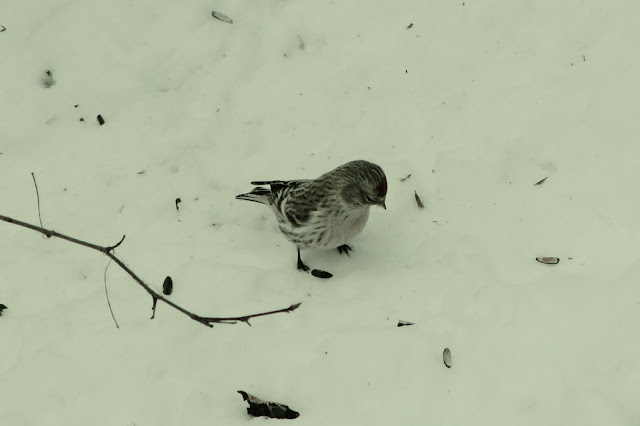 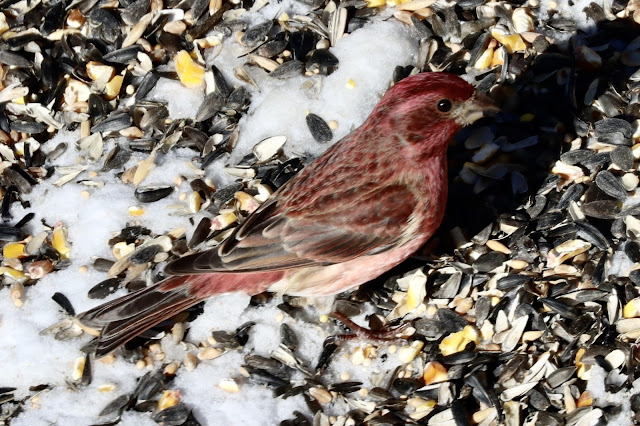 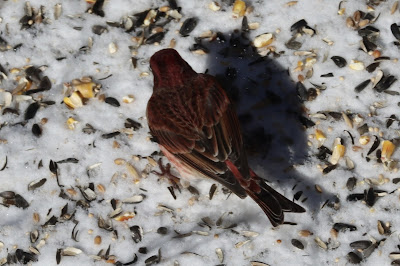 Next was Opeongo Road for Gray Jays and Boreal Chickadees, but neither answered the door, and I moved on. I then tried, with another group of birders, to find the Black-backed Woodpecker at the Logging Musem and trail.  It was a lovely walk, but few birds and no woodpeckers of any kind.  Sometimes the Force is not with us.  Later I went back to the Visitors Centre, where I was able to warm up with a hot chocolate and finally headed back to Spruce Bog, where, near the end of the day half a dozen Canada Jays(#159), were putting on a show for the dozen or so people in the parking lot. 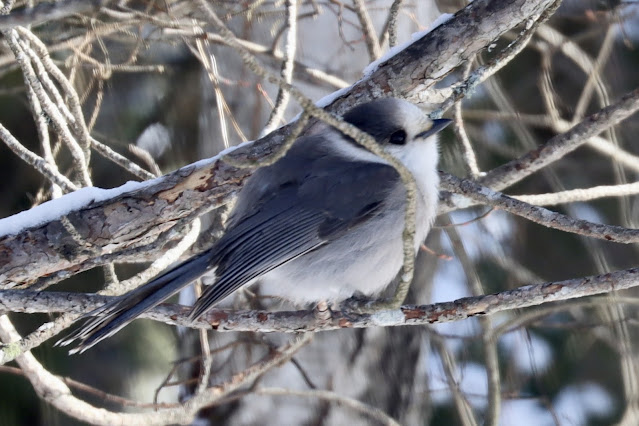 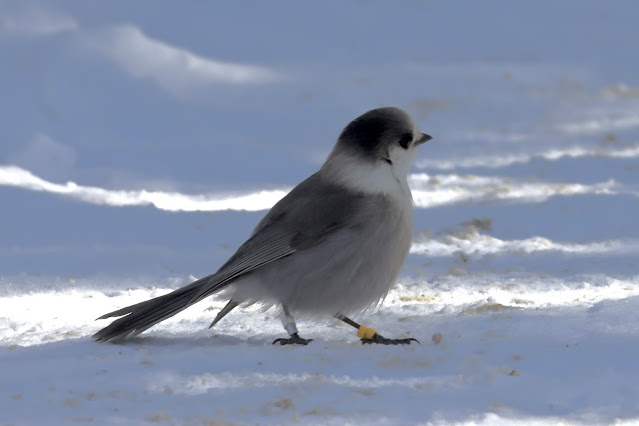 I was lucky enough to hear, through the “Birders Grapevine” of a Northern Hawk Owl hanging out in a secret location.  Due to it being a “sensitive species” I can’t publish the location.  But thanks to a little help from the community,(I had put feelers out for a hawk owl early in the year), I was able to add this beautiful bird to my Year List,(160), recently.  I also can not divulge when I actually saw it, because, you know, “secrets.”  That is a lot of quotation marks for one paragraph.  I shall ban myself from using them for a while. 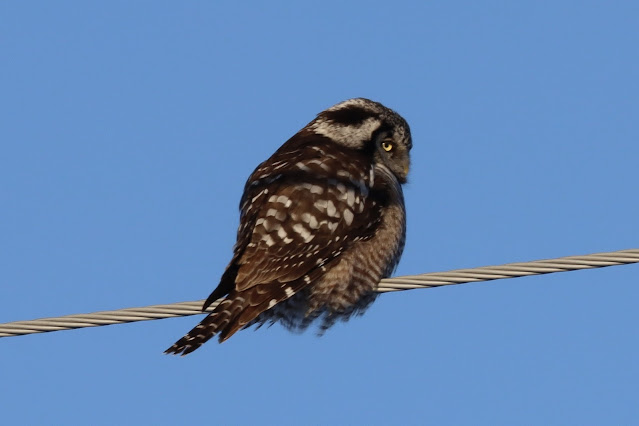 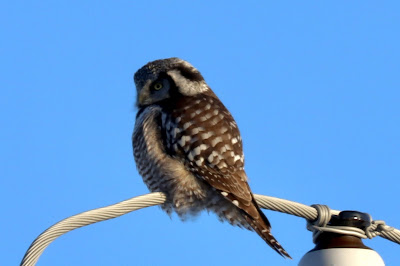