Diary of a Day in the Life of a Big Year:

I had barely arrived home from British Columbia when, naturally, a rare bird shows up in British Columbia.  Fact is, as soon as I left for my first trip to BC, a Brambling vanished from the Revelstoke area of BC only to have another one turn up in Quebec.  So I seem to be on the Quebec to BC shuttle, with layovers in Ontario.

I did spend a couple of days at home in Brantford between trips for Brambling and Great Gray Owl, and chasing the California Scrub Jay I heard about as soon as I left for Quebec.  I was able to add a few of the regular winter ducks, Canvasback, Ruddy Duck, Lesser Scaup, etc. and a Snow Bunting while at home. 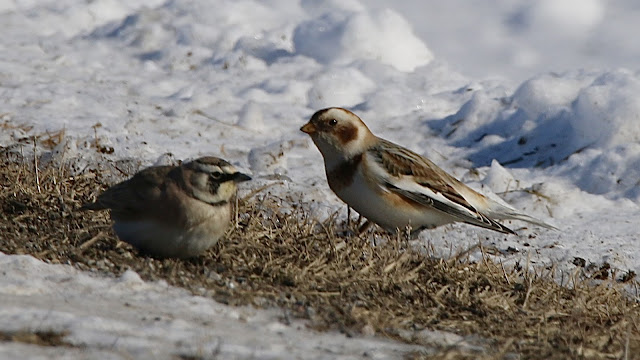 And now, am up way too early in Vancouver,  It doesn’t even start to get light until after 7:30am, it’s foggy and breakfast isn’t for another 90 minutes.  I had a Marie Callender’s Chicken Pot Pie in my hotel room after arriving from my Toronto flight after 9:00pm, and it was delicious, when cooked according to package directions.  #thanksmarioecallender!

Back to birding.  On my previous trip I had missed out on an important year bird and Lifer, the Rock sandpiper, so the cross country chase for a California Scrub-Jay, who rarely flys north of the border, not unlike World Series Flags, is a second chance this winter to score this bird, as well as having some time search for American Dipper, Black-backed Woodpecker and a few other common west coast birds.

It’s almost 7:30am and still dark.  I ate breakfast in the lobby.

It is a crisp but chilly Friday morning and I arrived on Shell Road to find another birder already staked out, waiting for the California Scrub-Jay.  We exchanged pleasantries and proceeded to walk up and down the small road that runs parallel to train tracks, hoping to spot this rare, but not uncommon visitor to the Metro Vancouver area.  My new acquaintance was lamenting that he had to run off to work soon and would likely miss the west coast cousin of the Florida Scrub-Jay, if it didn’t turn up soon.  He missed it earlier in the week and was about to leave when it landed on the grass below the feeders,  He got his look and headed off to work.  I hung around for what would turn out to be some very nice photos. 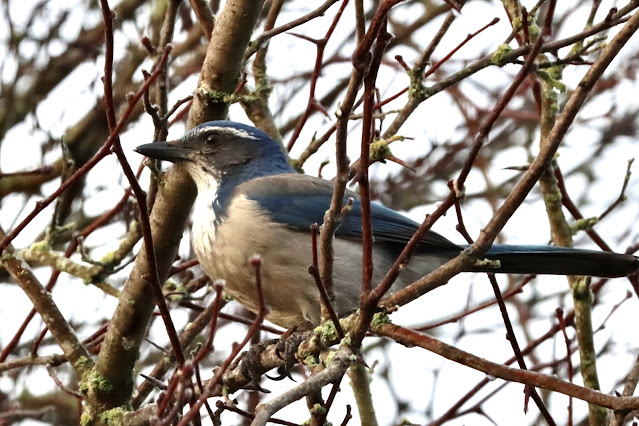 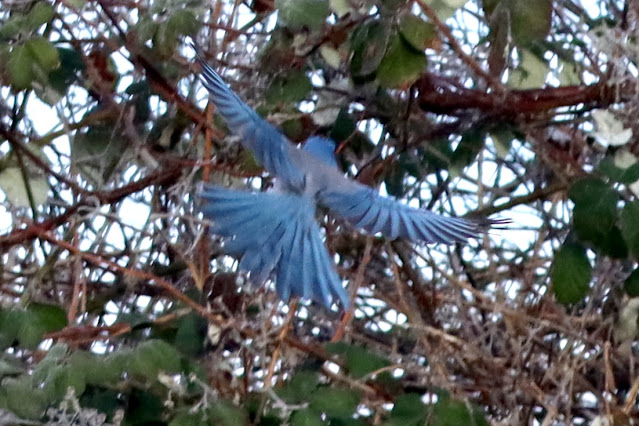 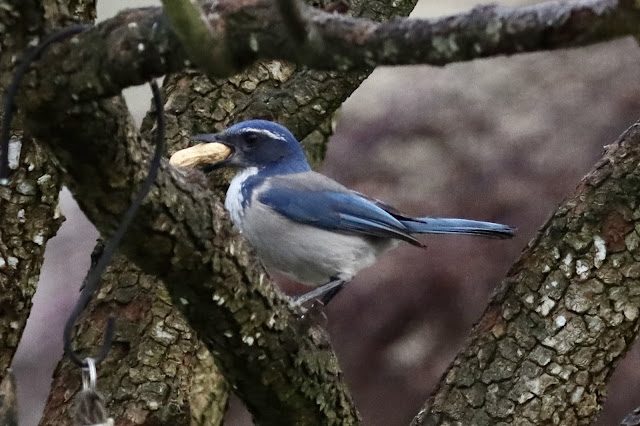 I’ve made my way over to Ozada Avenue along the rushing Coquitlam River, suggested to me by local birder Rich, who has been giving me advice on finding a few birds in Vancouver.  As I am walking down the path into the park I have two choices, there is the rushing river on the left and a little almost missable creek on the right.  I am here for American Dippers and my previous experience tells me they will be diving and swimming and feeding under water near rocks in the river.

However, before I can even choose, I start hearing dipper calls.  They are coming from the right.  In the creek.  So much for previous experience.  I check down in the creek, and yes, there they are two little gray birds, flitting and flying  and chasing each other up and down about 25 metres of the creek.  Cute little guys,  So, here I am barely two hours into my morning and I have hit both target birds with relative ease.

The American Dipper, rare amongst song birds, can dive underwater for worms and other delights.  Thanks to an evolutionary advantage they developed to get the most out of their habitat, they have an extra set of eyelids that allow them to see underwater, and little scales in its nostrils to keep water from getting up their “nose.”

I’m also keeping my eye out, while walking in the woods to see if I can find Varied Thrush or any owls.  No such luck, and I have to head back to the car and it’s time to move on. 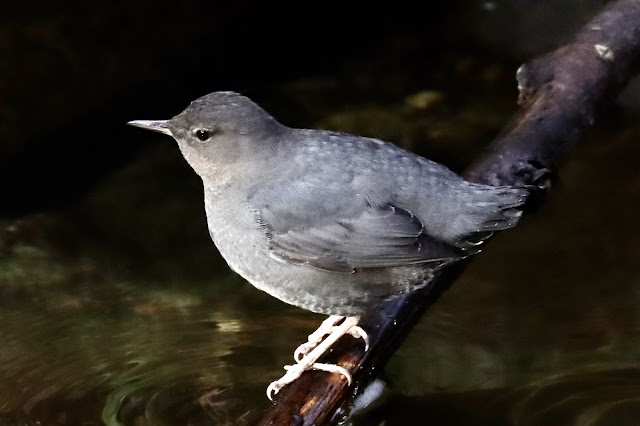 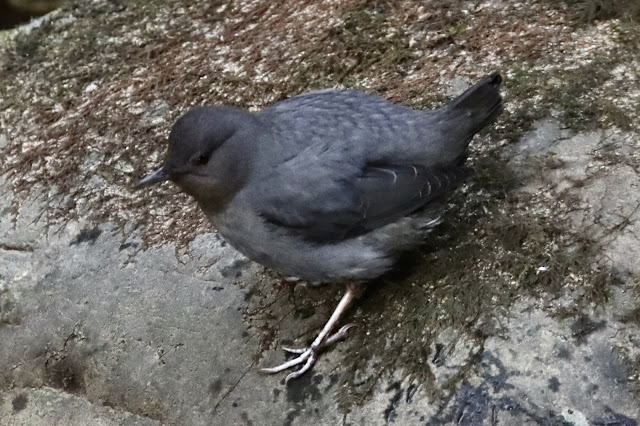 I am at the Port Coquitlam Blakeburn Lagoons.  Hard to find if you type “Blackburn” into the GPS.  Harder if spell check keeps changing Blakeburn to Blackburn, as it has been doing while I type this sentence.  I’m hoping to see rails or any other west coast birds, including the often missed Varied Thrush.  I’m, listening to their familiar call that sounds like a referee’s whistle blowing in a hockey rink, a sound I am familiar with from seeing many Toronto Maple Leafs games in my childhood,.  Amazing what memories are forged that spring back at the oddest times.  I was in Alaska hearing that call without at first knowing what it was, back in 2012 and the association has stuck with me since.
I am seeing a lot of ducks and sparrows, but nothing to add to the year list.  However it is a lovely walk along the boardwalks and it is a beautiful sunny day, here in Coquitlam.  I’m thinking it is time to try for Snow Goose, Brant and Greater White-fronted Goose, so I head off to Iona Island. 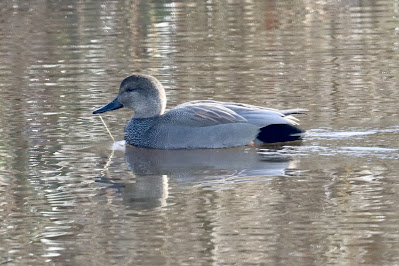 It is here, at the Iona Island Causeway and park that I am hoping to see three geese.  I find the Snow Geesse right away, on the causeway.  There are hundreds of them in different plumage and of various ages.  I quickly am finding out they are here because of the shotgun blasts coming from the nearby airport.  For some reason they love to hang out near where the planes are taking off and landing and the loud bangs send them back to the bay whenever a plane is about to cross their path,  It’s quite the spectacle, even if the geese are not big fans of the procedure. 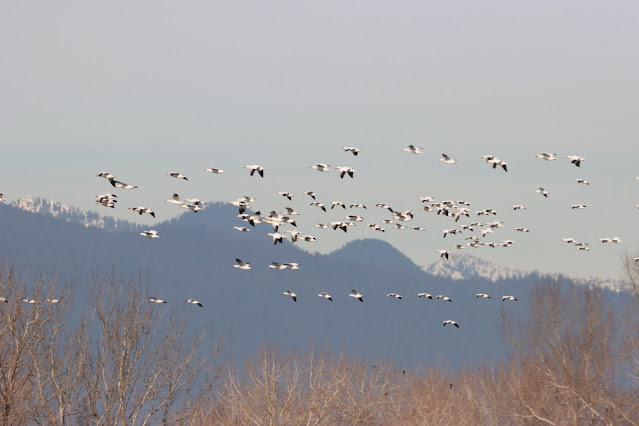 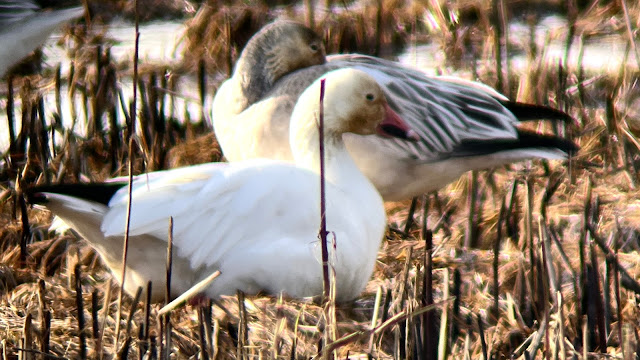 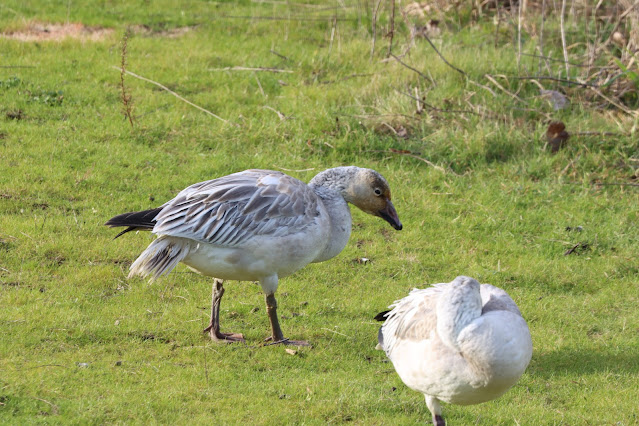 Unfortunately I am not seeing any other geese, and no Varied Thrush or owls in the surrounding trees,.  Lots of ducks, including Northern Shoveler, but once again I am coming up empty with some of my other target birds.  I’ll havre to wait until summer for Varied Thrush and will have to get the other geese back in Ontario. The sun is setting on a beautiful day birding in Vancouver.  Time to head back to the hotel and get some dinner and an early bedtime, as i have a ferry ride to Victoria early in the morning.  I think I’ll go with UberEats for dinner tonight.  I’m thinking breakfast for dinner and trying out Dennys delivery.

I just finished my Dennys Diner Dinner with a little lemon pie for dessert.  Pretty good for eating at my desk in my hotel room as I type this final entry today.  It was a good day, as I added three new birds to they year list.  I’m hoping for more tomorrow, and with a lot of luck, a Rock Sandpiper.
Good night.
at January 30, 2022