Let’s Get This Birding Party Started

Well, it was bound to happen.  Covid-19 restrictions in Newfoundland reared up and bit me in my Big Year Butt!  I had planned on being in St. John’s for the new year and make my first bird a Dovekie, finishing a quest that began on December 31, 2012.  Back in more innocent times, I was in Cape May, New Jersey on the final day of my 2012 Big Year as a rookie birder.  It would have been my 601st bird of the year.

So, in honor of that missed bird, I decided to begin my 2022 Big Year, on the 10th anniversary of my becoming a birder, with an attempt to get a Dovekie on the first day of my Canada Big year.  Just days before my flight to St. John’s, I discovered that new quarantine mandates in Newfoundland would have had me locked in my hotel room for 5 days, just counting birds outside my window.  Not an ideal start to my cross Canada adventure.  So, last minute, I changed my flight to Halifax, Nova Scotia, where Dovekies can also be found, along with a Barnacle Goose and Tufted Duck.  Lucky for me, I have a new friend, Jason, who I met virtually on Instagram, who will be able to give a helping hand in getting some of my target birds. 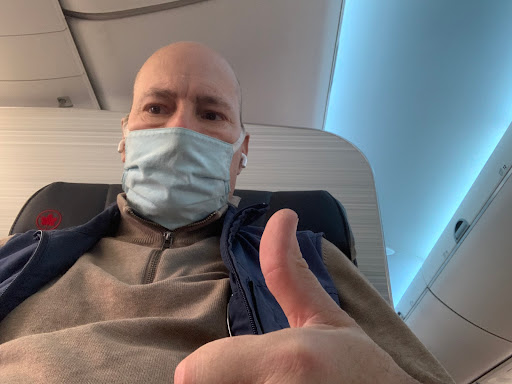 In addition to that, I have just heard that an Arctic Loon was spotted a couple days ago in Hilton Beach Marina about an hour from Sault St. Marie in northern Ontario.  If this bird is re-found, that will be next on my list.  The rarer the bird the more important it is to get to them early in the year, so as not have to chase them during the final stretch of a Big Year.

So, here I am, at 9am on December 30, 2021, on an Airbus A220, heading to Halifax.  I’ll have this afternoon and tomorrow to do some scouting, meet up with Jason and plan for the first week of the year,   I hope to share, not just my stories, but those of the birders I meet along the way.  What is it about birding that makes people so passionate that they would give up an entire year just to see birds?  Why would we drive hours and wait all day for a 30 second glimpse of a rare species?

I hope you will join me on this year long adventure.