Bad Luck and Trouble is the title of a Jack Reacher novel, but it could easily apply to my recent east coast trip. With the calendar flipping over to March, I was now looking fondly back on the first two months of The Big Year and looking happily ahead with the rapt anticipation and obsessiveness of a birder looking forward to spring migration two months away.

But I figured I’d take a trip out to the east coast and try for a few late winter or early spring birds in the Atlantic Provinces, so I wouldn’t have to chase them during migration or in December.  I struck out on adding any new birds and I caused my own misfortunes along the way.  Part of it is I am a bit scatterbrained at times, but unfortunately, some of it is due to Post Concussion Syndrome and Mild Cognitive Impairment, or MCI. It’s just something I have to live with and mostly cope with.  But it does often lead to unintentional adventures.

The day started nice, but as I was driving the snow moved in and conditions on the highways leading to the Fundy Bay coast of Nova Scotia were brutal. No plows or salters and I had to get off the highway twice to hope the snow plows would go by and clear a path for me.  On one of my stops I found a mall I could walk around in a stretch my sore legs and even found a nice Chinese restaurant for lunch.  The server recommended the almond chicken and that I take the back roads to Digby, instead of the highway and that advice paid off in both a lovely lunch and an easier drive.

While looking for a male King Eider I went past the prime viewing spot behind the volunteer fire department in Brighton, along the 101 Highway, and had to make a U-Turn to get back.  It didn’t go well. The road was clear but all the snow had been pushed off to the sided and I drove right into it and part way down the hidden slope. I was very lucky not to smash the front end of my rental car into the telephone pole.  In fact, I probably got myself in deeper trying to avoid it, believing that my four wheel drive SUV would get me out.

Noooop!  I was stuck and had to call CAA.  A nice local gentleman stopped to ask if I needed help and told me he had a friend who could come get me out and made the call.  I hung out at a nearby Quilting store while I waited and they were very welcoming me.  The owner’s husband even offered to pull me out with his giant Tonka Truck, if only I attached the chains to the car.  I was not so brave to risk me wrecking my rental.  The friend of the friend of the Good Samaritan arrived with his flatbed before CAA and got me out in a matter of minutes. I was saved.  I didn’t get the King Eider. 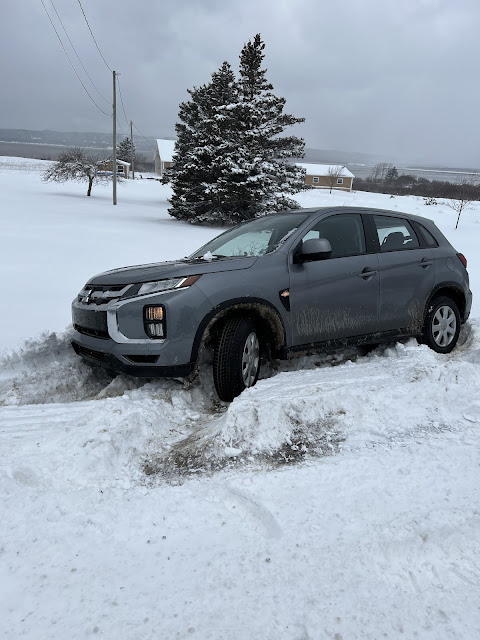 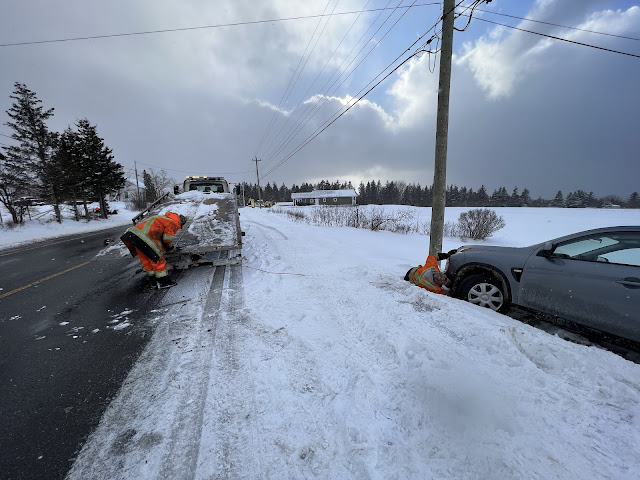 I really have to thank all those who helped and especially all the tow truck drivers that risk their own safety in the worst weather to rescue poor saps like me. I made it to my Bed and Breakfast in Digby and spend a lovely night with an amazing view of The Bay of Fundy out my window.

I visited Cape Sable the next day and found a location to return to in the spring, for the migration of the Atlantic Brant.  These geese return to Hawk Flats every March in the thousands and I look for ward to seeing that later in March. 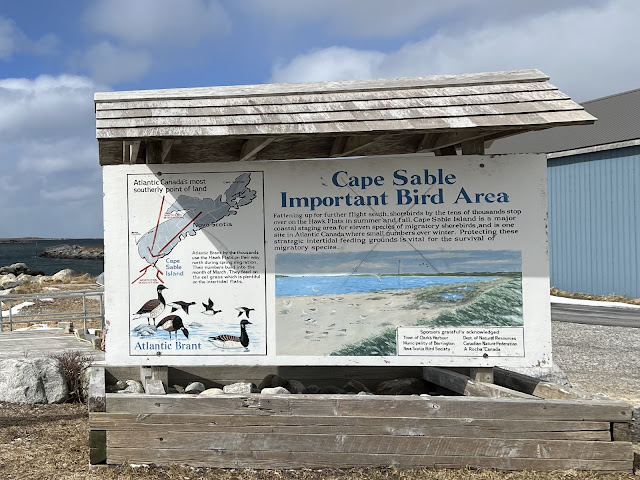 Back in Halifax with no bird in the hand or on my List, I went in search of a Yellow-headed Blackbird, only to discover the road I was driving on to find it, was someone’s long driveway and I had to beat a hasty retreat. I went to Point Pleasant Park and spent an hour looking for a Barred Owl,(nope), and then on the way back to the car thought I saw a juvenile male King Eider.  I was excited, I ran down to the water, I stomped through the deep snow, I took photos, studied the bird.  It was a young Common Eider.  Drat.  There are a bazillion of them on the east coast. 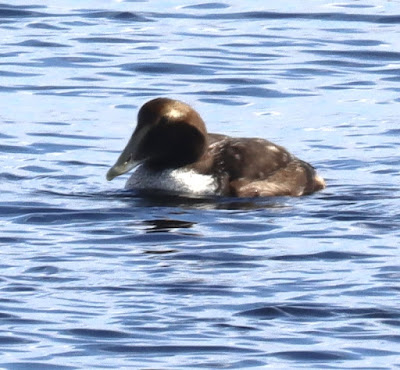 By that time I had to head back to the car and get to the airport for my flight back to Toronto, but near the parking lot, I spied a Great Cormorant.  Not to be confused with a really good cormorant, though the Great Corrmorant is my second favorite of the North American cormorants.  I rarely see them perched on a rock close to shore.  This one was one was enjoying drying its wings in the bright, nearly warm, sun at Point Pleasant Park in Halifax.  I drove to the airport hoping the bad luck and trouble wouldn’t follow me back to Ontario. 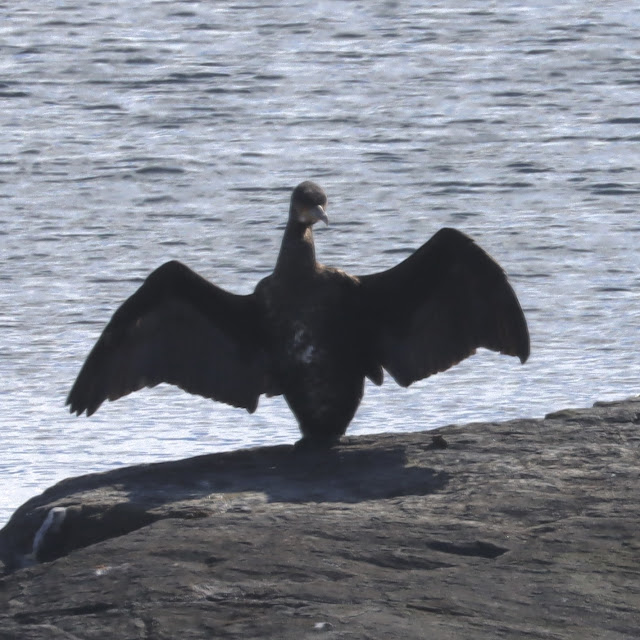 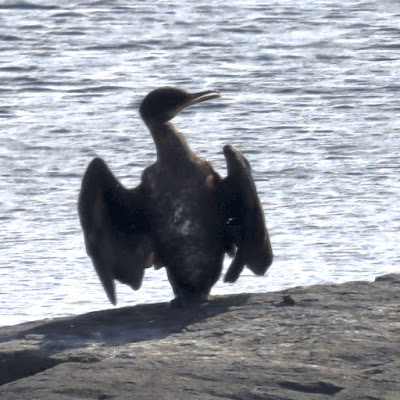