Back in Ontario Again

I am already planning my trip back to Nova Scotia, and maybe a ferry ride to Newfoundland, but in the meantime I am birding back home.  I was up early the morning following my flight from Calgary, trying to find a Slaty-backed Gull that had been reported, typically, just after I left Ontario.  I didn’t get that bird, but I did find a Northern Mockingbird, which I didn’t even realize I hadn’t seen yet this year. 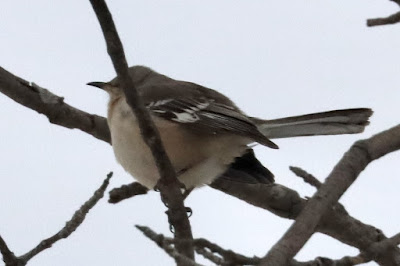 I also picked up a Carolina Wren while walking in a winter storm, I should have been smart enough to have not ventured out into.  I was looking for a Northern Screech Owl, but that would have to wait for another day.
Today, I had to head into Guelph to pick up sunflower seeds at Wild Birds Unlimited, so decided to chase a couple of bluebirds. There had been reports of Mountain and Eastern Bluebird at the Ignatius Jesuit Centre, so I figured I’d check it out. Though it was cold today, -16C the sun was out and the winds were calm, so it made for some nice birding.  I found the bluebirds on a wire next to the building, and one of them was the Mountain Bluebird, as had been reported.  I am sure to see Eastern Bluebirds several times this year, and Mountain Bluebirds out west this summer, along with Western Bluebirds, but it was nice to catch them at home in Ontario, during the winter. 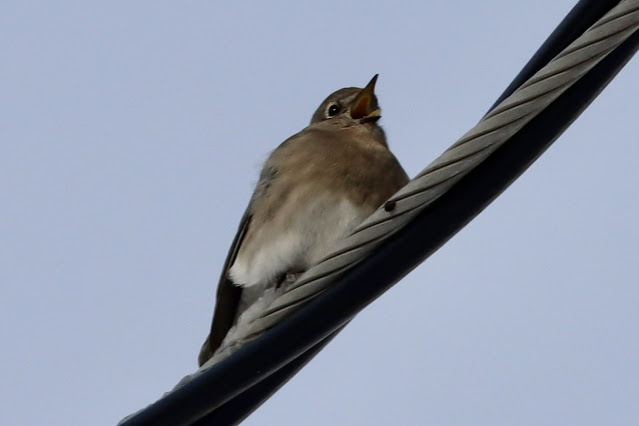 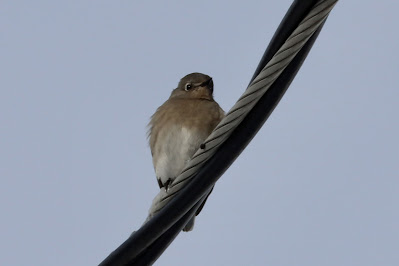 Owling: And the Chickadees will Lead the way.  On Friday I went to Gilkison Flats for the first time this year, one of my favorite birding patches in Brantford, good for Tufted Titmouse throughout the year.  However we had a storm coming in and the wind and snow made it hard to see anything, so I packed it in for the day, but not before hearing a Carolina Wren on the way back to the car.
Yesterday, however, was sunny and calm, if not very cold, and I was trying again for the titmouse and an Eastern Screech Owl my friend Andy had seen the previous week.  I checked every tree hole for the owl, but came up empty.  There were lots of American Crows, a couple of times being chased off by a Common Raven, and then I heard the sounds of some angry chickadees.  Often, chickadees will mob owls, so I searched the trees and found my Eastern Screech Owl.  Surprisingly, it was not in a tree hole at all, but sunning itself on an open branch, oblivious to the scolding chickadees.  Species 150 for the year. 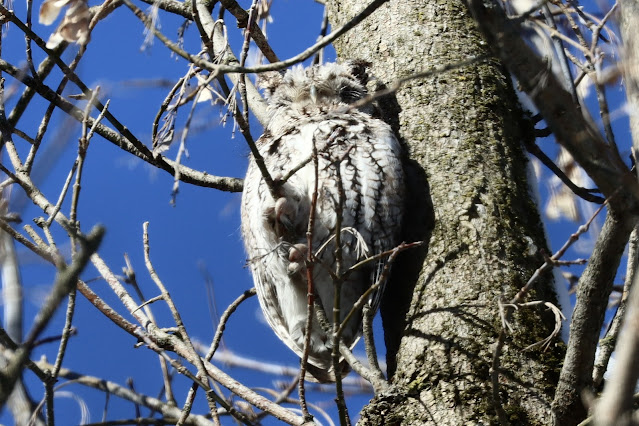 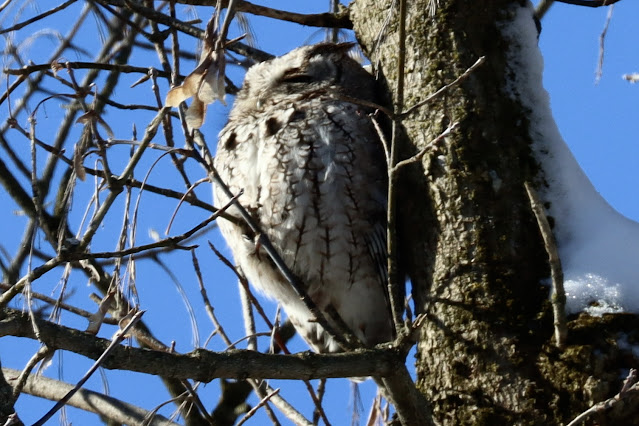 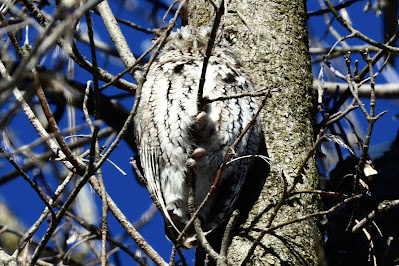 Shortly after, my birding buddy, Andy showed up and together we found a small bounty of Tufted Titmouse,(mouses? Mice?), flittering around in the trees, but stopping just long enough for a few nice photos. 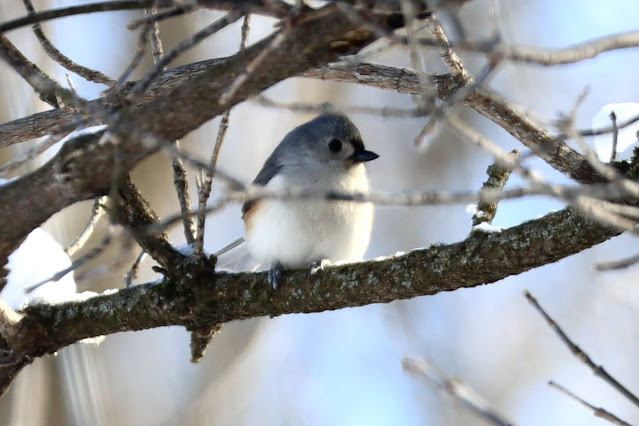 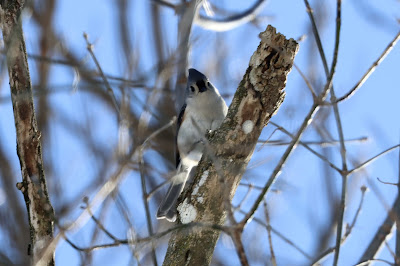 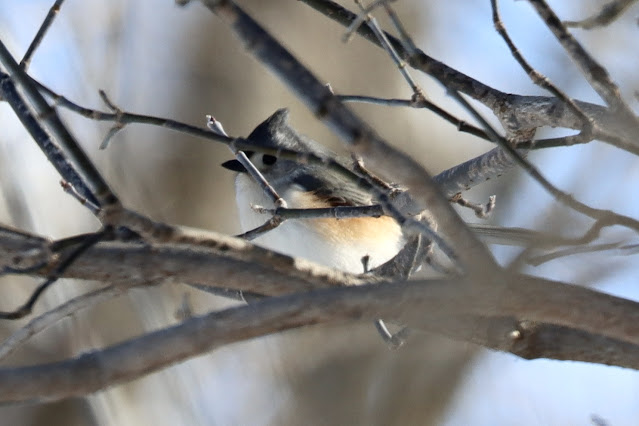 I am finishing off this post from the Porter Airliines flight I am taking on a return trip to Halifax for a rematch with the Pink-footed Goose and Common Gull.  I hope it turns out differently from my chase early in the year.